A dress for my little Whovian 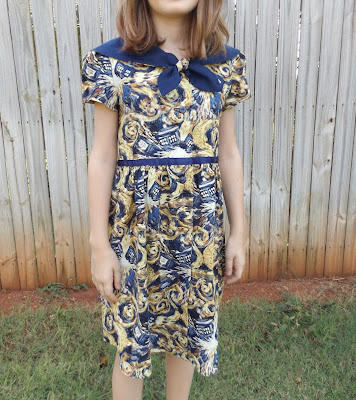 I have had this pattern such a long time.  So long that my girls no longer fit any of the sizes (3-8). 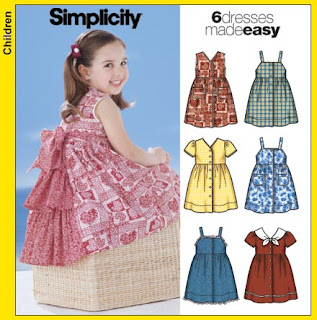 However, my daughter has been asking for a Dr. Who dress ever since I made her a Minecraft Creeper dress.  It took me a while to find some cotton fabric that was Tardis themed.  I ordered it twice and each time I got a followup email that it had sold out--so frustrating when that happens! The next time it appeared, I didn't hesitate to grab it. 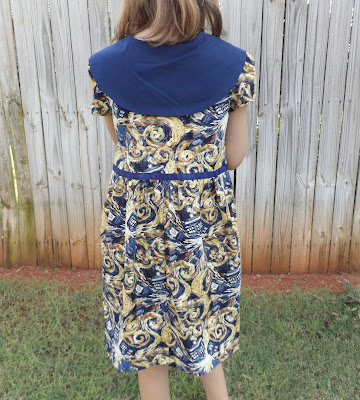 Once I realized the pattern only went up to a size 8, I tried to persuade her to look at other patterns I had.  Nope!  She had to have View B because of the collar. 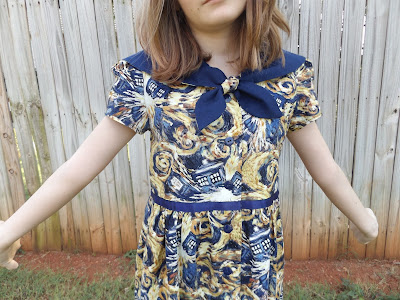 She typically wears a size 10 in dresses, so I thought grading up one size wouldn't be too difficult even though I had never done it before--How hard could that be?

I used the existing pattern as a guide and measured between the pattern size lines.  I could not get the armhole drawn properly!  I  had her lift her arms and move them around and it would just pull tightly.  After 2 muslin attempts, I decided to look at one of her RTW dresses and use its armhole as a guide.  After doing that, I had to toss the pattern piece I was using and redraw the rest of the bodice.  This also changed the sleeve, facings, and collar pattern pieces significantly. 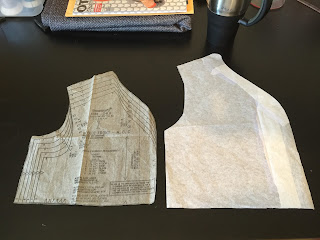 I also added 1.5 inches to the length of the bodice. 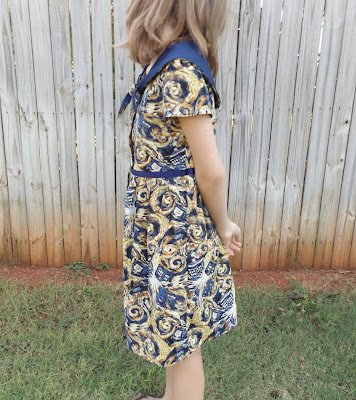 I found some ribbon that was marked down to .25 a yard and the buttons were in a package for .99!
The collar is made from navy classic quilting cotton I bought at Joanns.

The only thing that could be better is if I had placed the buttonholes a little closer to the outer edge of the dress.  I was so wrapped up in trying to make sure that my ribbon matched up perfectly that I didn't notice I had started my buttonhole placement too far over.  But looking at it now, the buttons get lost in the print anyway.  No matter what I sew, it always seems there is one thing that could have been done better! 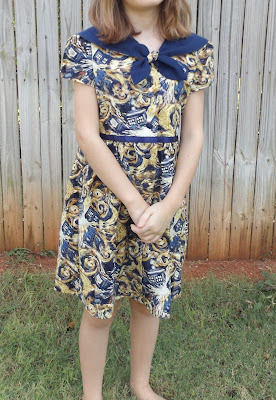 If you are making this pattern without any alterations, it sews up fast and easy!  I think this pattern must be out of print, but you can still find it on other websites.

Thanks for stopping by ~ Shirley

Posted by Sewing by Shirley at 3:59 PM

Thank you so much for visiting my blog! I appreciate you taking the time to comment and share your thoughts! I enjoy connecting with others who share my love and passion for sewing.